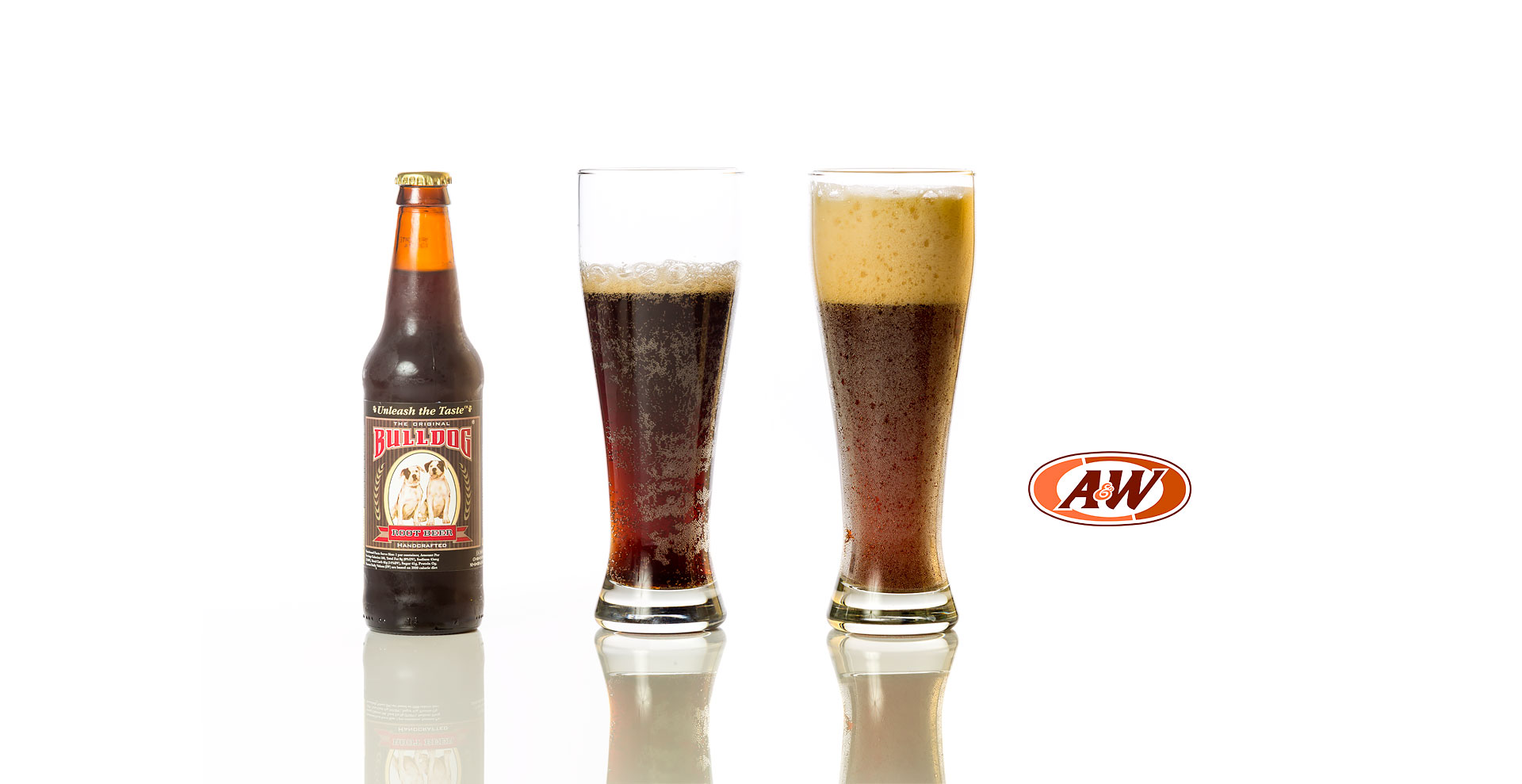 So far, I’ve sampled about a dozen different root beers produced by Orca Beverage in Mukilteo, WA, and I think that I can safely say that Bulldog is the best of them. Unfortunately, that does not mean that Bulldog is among the best root beers I’ve tried overall, but it is a very good, solid root beer. I’d happily purchase it again.

Bulldog does suffer one of the near fatal flaws that all root beers out of Mukilteo seem to share: no head. Or at least, not much. When poured, Bulldog does produce a thin pad of foam which never reached more than about 3/4 of an inch thick, and it lingers for less than a minute after being poured.

The flavor, though, is great. It has a nice rounded body with good balance; the vanilla, honey, sassafras and a bit of licorice are all present but none is too dominant. Consequently, the brew is moderately creamy with a good robust flavor, and just a little bite from the carbonation and spices. If anything some might find it a touch too rich, it’s just a touch on the sweet and syrupy side… but for my tongue, it’s just about right.

As usual, you can add your own rating to this root beer. I’ve given it a 7/10. For my root beer reviews, the overall rating is NOT a combined score from all of the individual characteristics; those are just provided for quick reference.

[Main Photo: This image provides a comparison between Bulldog and A&W Root Beers, with A&W on the right. Both were poured at about the same time before being photographed, but the image is a composite of two photos.]