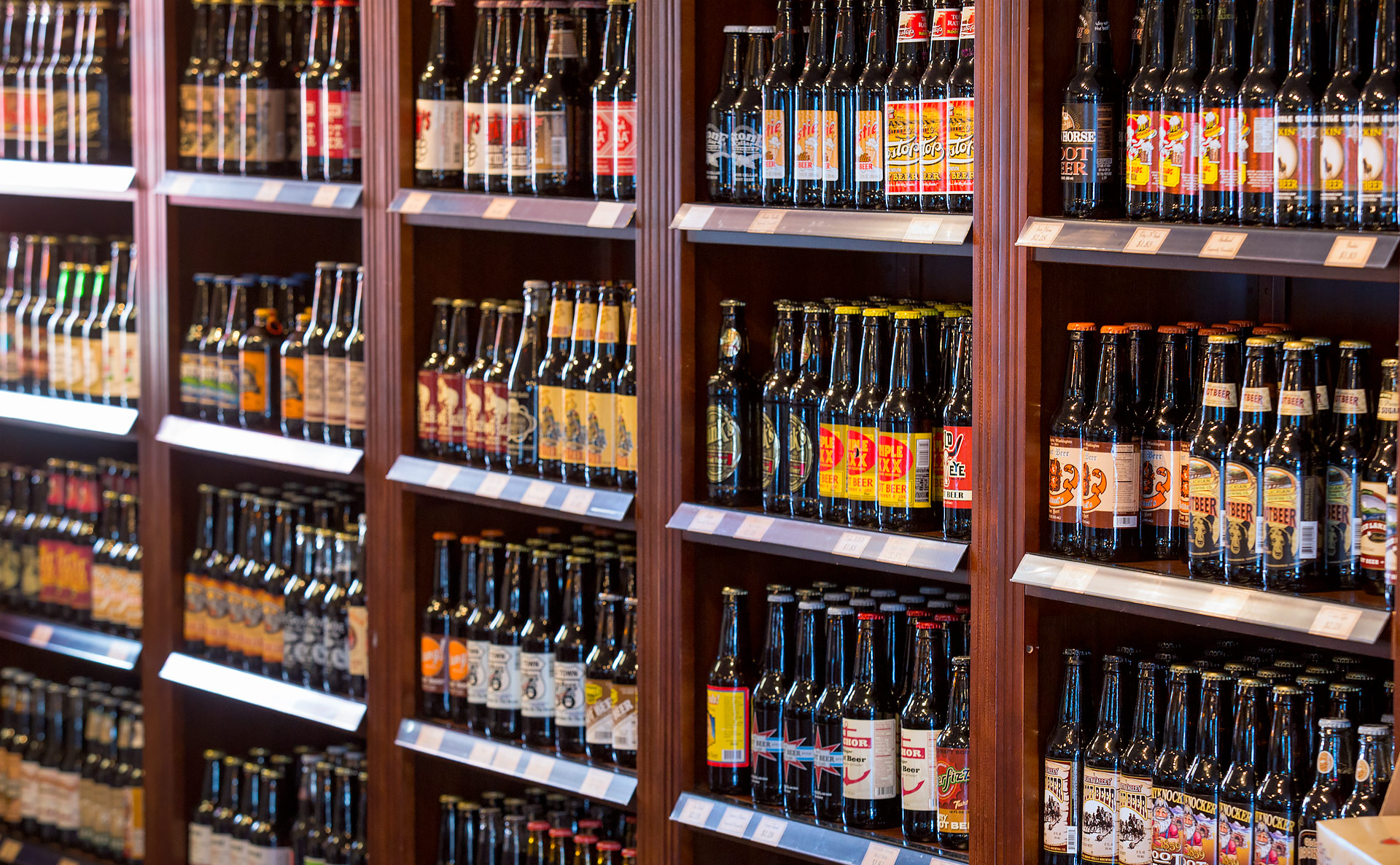 When I was a kid, my friends and I would ride our bikes down to the local grocery store and buy bottles of Souix City Sarsaparilla to carry along on our rides around the lake, or just as often, to be consumed on the way home. My grandfather in Montana would make “black cows” with me on special occasions,  and I remember sipping root beer floats while watching movies in the evening with my dad. I’ve loved root beer ever since, and every time I run across an unfamiliar bottle, I feel compelled to give it a try.

It turns out that there are a wide range of flavors to be found in root beer recipes. Some have a full body and taste of sassafras or molasses, while others taste strongly of licorice or wintergreen, and some are spicy or laced with flavors that don’t belong anywhere near a root beer.  Some are watery, others syrupy or creamy, some sharp, some a little more smooth.

Whatever your taste in root beer happens to be, though, you’ll probably find it at the Root Beer Store in Lynwood, WA, or at their other locations in Redmond and Puyallup. They stock over a hundred different varieties, from A&W to Zuberfizz Creamy Root Beer, with about a dozen brands from the Pacific Northwest, and dozens of other regional root beers… some from New York and Chicago, others from California, New England, and Louisiana, just to name a few. But they don’t stop with root beer. You’ll also find shelves of cream soda, birch beer, and sarsaparilla. Not enough? They also have bottled sodas and colas, from standards like Orange Crush to the more obscure ones like MacFuddy’s Distinctively Strong Pepper Elixir.

Stepping through the Lynwood shop’s back door (the parking lot is behind it, not on Highway 99), I found that there were several (mostly occupied) tables at which customers could sit and relax with a cold mug of root beer or a float dispensed by the soda-jerk behind the counter. The two young men working there were helpful and refreshingly knowledgeable, offering me suggestions while chatting amiably with the other customers. I had intended to say that they were “charmingly nerdy” or some such thing, discussing Magic-card decks and a past membership in a barbershop-quartet, but the truth is that in this era of teenagers raised on Glee instead of real rock music, I have no idea what counts as “nerdy” anymore. These guys could be Players for all I know.

The shelves along the back wall were replete with root beer bottles, with smaller sections for specific sub-catagories such as sarsaparilla and birch beer as I moved towards the right-hand side of the shop, and also for cream soda, ginger beer, diet varieties, and finally other assorted sodas and colas. I was overjoyed to find that they carried most of my favorite brands: only Steelhead Root Beer was missing this time (sold out), and they no longer keep Scuttlebutt Root Beer on tap.

Behind the service counter, a menu board advertised mugs of root beer from tap, root beer floats, ice-cream cones and sundaes, various ice-cream concoctions called “Muggers”, and hot dogs. The floats looked good, but I didn’t have time to stop for one that day… I’m sure I’ll stop back again soon, though. If you want some root-beer merch, they have T-shirts and branded mugs, too. I kinda liked the mugs.

The Root Beer Store’s website at www.therootbeerstore.com offers most (if not all) of these beverages for sale, if you can’t make it in to one of their locations, but the shops are definitely worth a visit if you can.