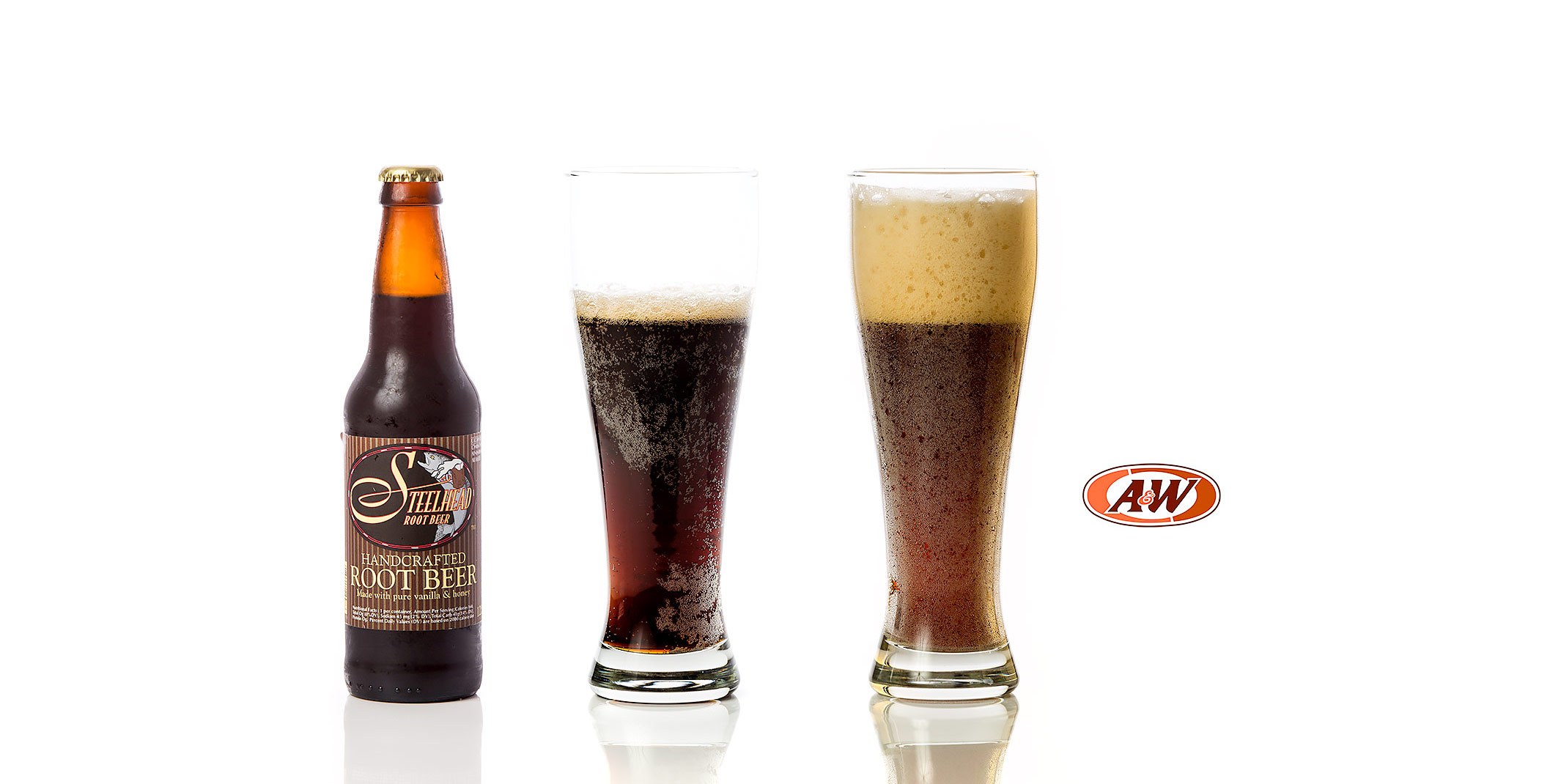 While visiting Eugene, Oregon last June I met my family at the Bier Stein for lunch, and among the hundreds of bottles of beer in the refrigerators, I found Steelhead Root Beer and had two bottles with my meal. The next day, I scoured the town for a couple of six packs of bottles to bring home with me… and I later wished that I’d grabbed more. That’s my testimonial about Steelhead Root Beer.

Steelhead is an excellent, smooth and creamy root beer. If you prefer a sharper brew, this one may not be your favorite, but I’m a huge fan. Unlike many craft brews, Steelhead does not slap you with a mouthful of licorice. The flavor is a very typical sassafras root beer, with the creaminess of vanilla and warmth of honey. The body is rich and dark without being syrupy.

If Steelhead has any flaw, for me, it’s that it doesn’t produce much of a head. It’s not terrible… but it’s not in the same class as Henry Weinhards, or even A&W.

That said, Steelhead is a truly excellent root beer… easily one of my top 3. Unfortunately for me, it’s hard to find outside of Oregon. It can occasionally be ordered from the Root Beer Store, though they’ve been out of stock for most of the past year. Like Thomas Kemper and Henry’s, Steelhead is a brewery that also produces a root beer. They brew in Eugene, OR and Burlingame, CA.

As usual, you can add your own rating to this root beer. I’ve given it a 8.5/10. For my root beer reviews, the overall rating is NOT a combined score from all of the individual characteristics; those are just provided for quick reference.

[Main Photo: This image provides a comparison between Steelhead and A&W Root Beers, with Steelhead on the left. Both were poured at about the same time prior to being photographed, but the image is a composite.]