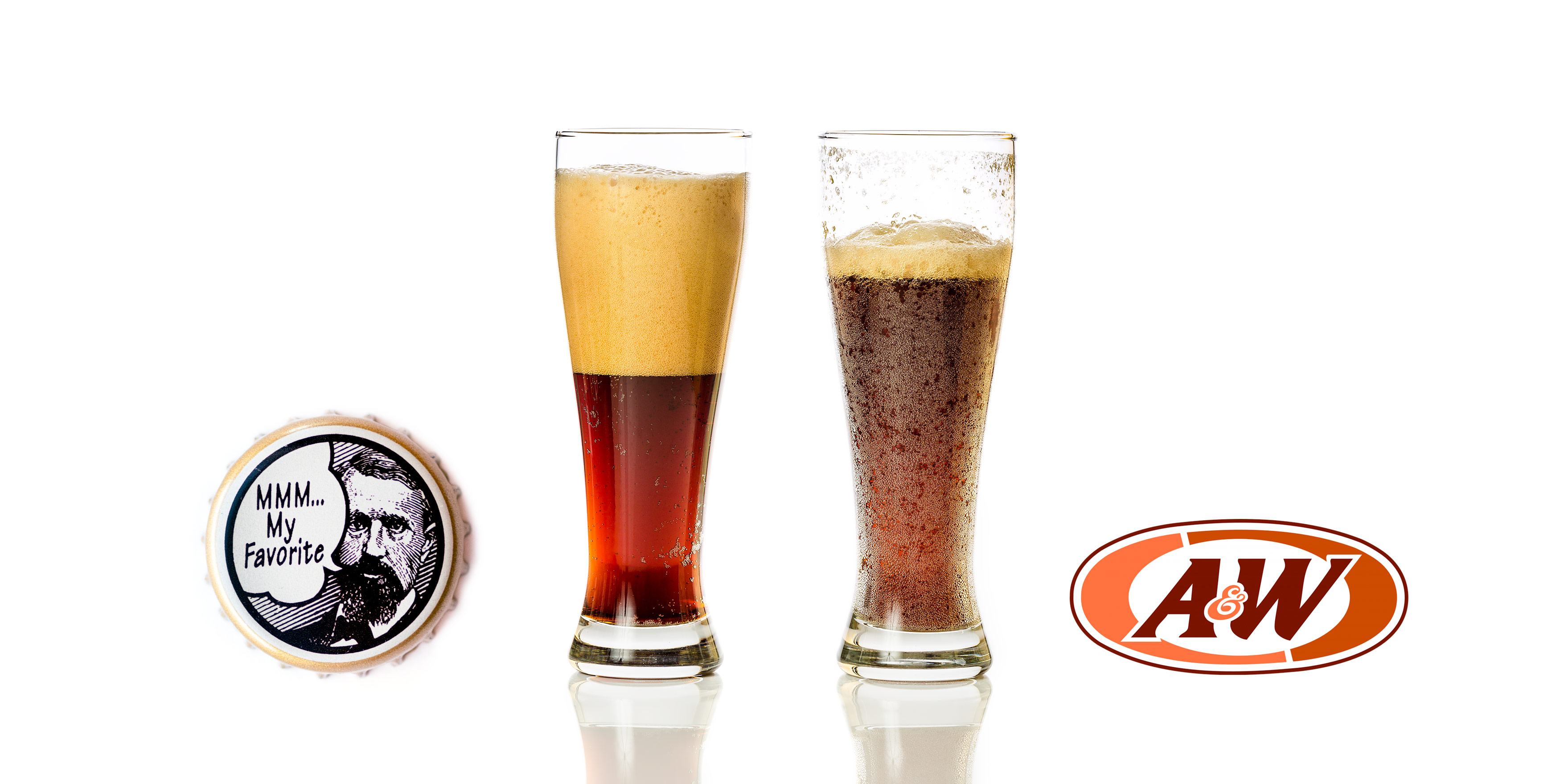 I first tasted Henry Weinhard’s Root Beer back in the mid 1990s, and it was almost instantly my favorite.  Like Thomas Kemper, I believe that it was actually manufactured in the Northwest at the time (Portland, OR, to be specific), but currently it is bottled in Forth Worth, Texas, according to the label. Still, Henry’s is a long-time Portland brand, so I still consider this a local root-beer.

The bottle proclaims that the brew has a “Draught Style Head”, and they are right to be proud. Henry’s has the best head of any root beer I’ve tried, and it’s now the standard against which all others are judged. It foams up with a thick, frothy pillow of creamy goodness, and it just lingers around like it’s waiting for a tip. Even as you drink, the foam clings to the side of the glass.

Looking beyond the head, the root beer itself is quite good: it’s a malty, traditional root-beer flavor without the strong licorice or wintergreen overtones that are so popular with craft root-beers. Mollases, vanilla and sassafras dominate the flavor profile, with hints of other spices frolicking in the tail.  The body is on the heavy side of medium (though it feels a little heavier when warm), and very creamy but without being syrupy.

If I have any complaint about this root beer it’s only that it might be a little too smooth, and it’s missing a little bit of the sharper edge of my other favorite root beers; it could be a little stronger. There’s hardly any bite to this root beer, especially if you drink it semi-warm, and honestly, that’s just fine with me most of the time. This is a great beverage for those times when you just want something that’ll go down easy.

It’s worth noting that Henry Weinhard also makes a great cream soda, if you happen to be a fan. I am.

As usual, you can add your own rating to this root beer. I’ve given it a 9/10. For my root beer reviews, the overall rating is NOT a combined score from all of the individual characteristics; those are just provided for quick reference.

[Main Photo: This image provides a comparison between Henry Weinhard’s and A&W Root Beers, with Henry’s on the left. Both were poured at about the same time. Note the depth of the head on the Henry’s, and the soda-style carbonation of the A&W’s.]