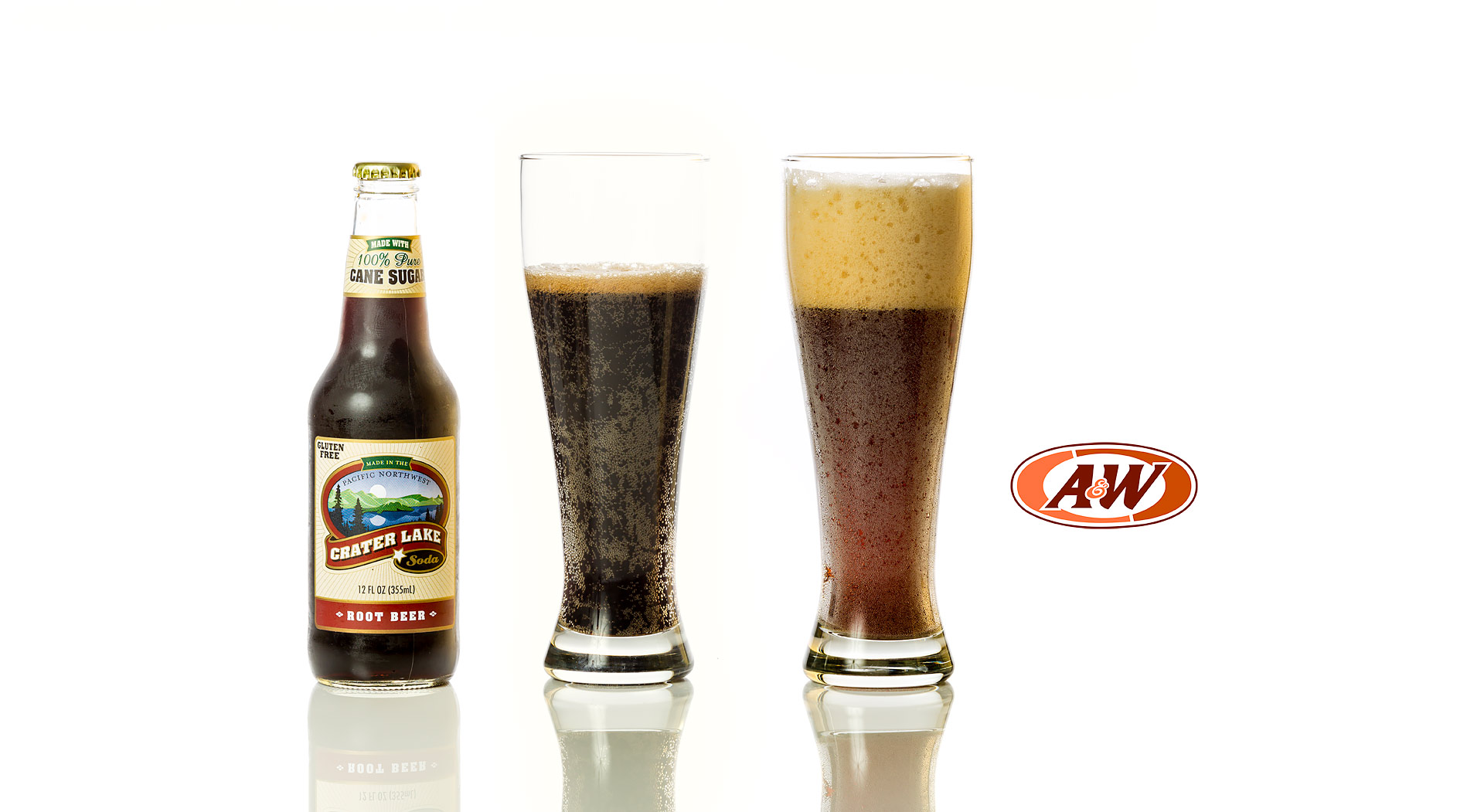 Crater Lake Root Beer is a pretty unremarkable brew out of Portland, OR. And the remarks that I do have are not especially good. Crater Lake opted for a clear bottle rather than brown, which is interesting. I don’t know whether any of the flavors in root beer are light sensitive, but flavor degradation by light might help explain a few things.

When poured, this bottle of sassafras serum does produce a little bit of a head- not as much as something like A&W, but more than anything that comes out of Orca Beverages in Mukilteo, WA. The half inch of foam lingers for about half a minute before riding off into the sunset.

The label on the bottle makes two proclamations: “Gluten Free” and “Made With 100% Cane Sugar”.  The cane sugar is definitely an important part of the brew’s flavor; it’s sweet and has a bit of a bite from the carbonation and some light spices. There’s a little wintergreen. Beyond the bite, though, there isn’t much to this root beer. The body is on the light side… to the degree that it seems watered-down. The overall balance of the flavor isn’t bad, though… it just needs to be thickened up a bit. 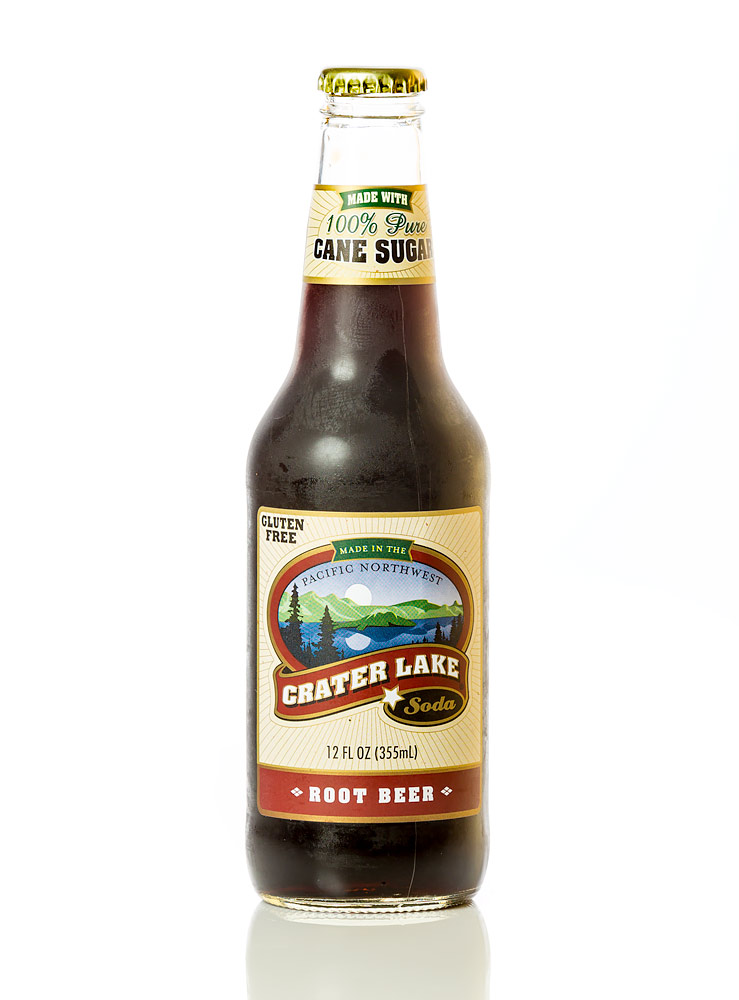 The fact that it claims to be gluten free is a little silly, since virtually all root beers are gluten free (including A&W, Mug, and Barq’s), but I’m sure that it’s helpful marketing and may be genuinely useful for a few people who have celiac disease.

Anyway, it’s a decent root beer, but I’m not sure that I’d pick it over A&W if they were both available. I might.

As usual, you can add your own rating to this root beer in the review box at the top of the post. I’ve given it a 5/10. For my root beer reviews, the overall rating is NOT a combined score from all of the individual characteristics; those are just provided for quick reference.

[Main Photo: This image provides a comparison between Crater Lake and A&W Root Beers, with A&W on the right. Both were poured at about the same time prior to being photographed.]